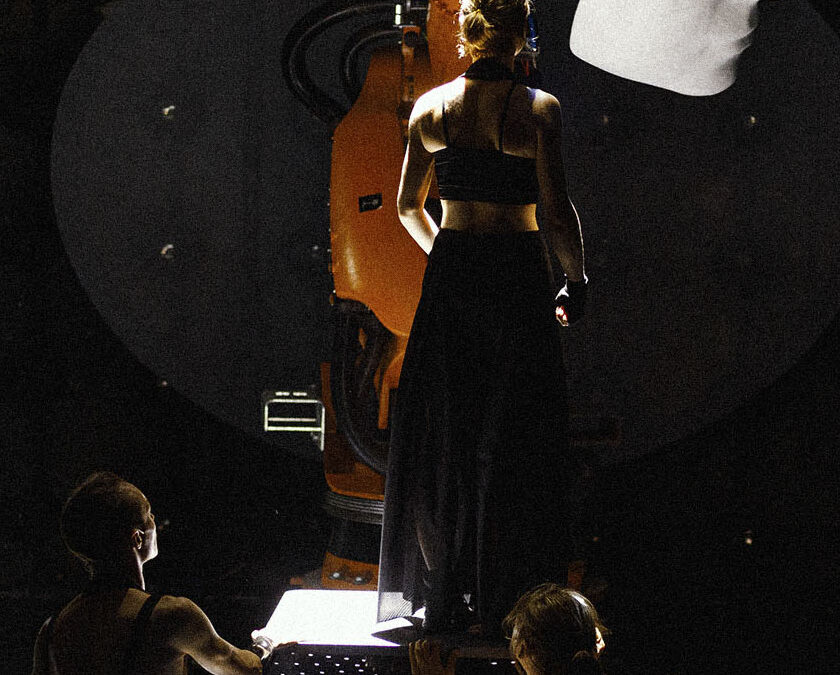 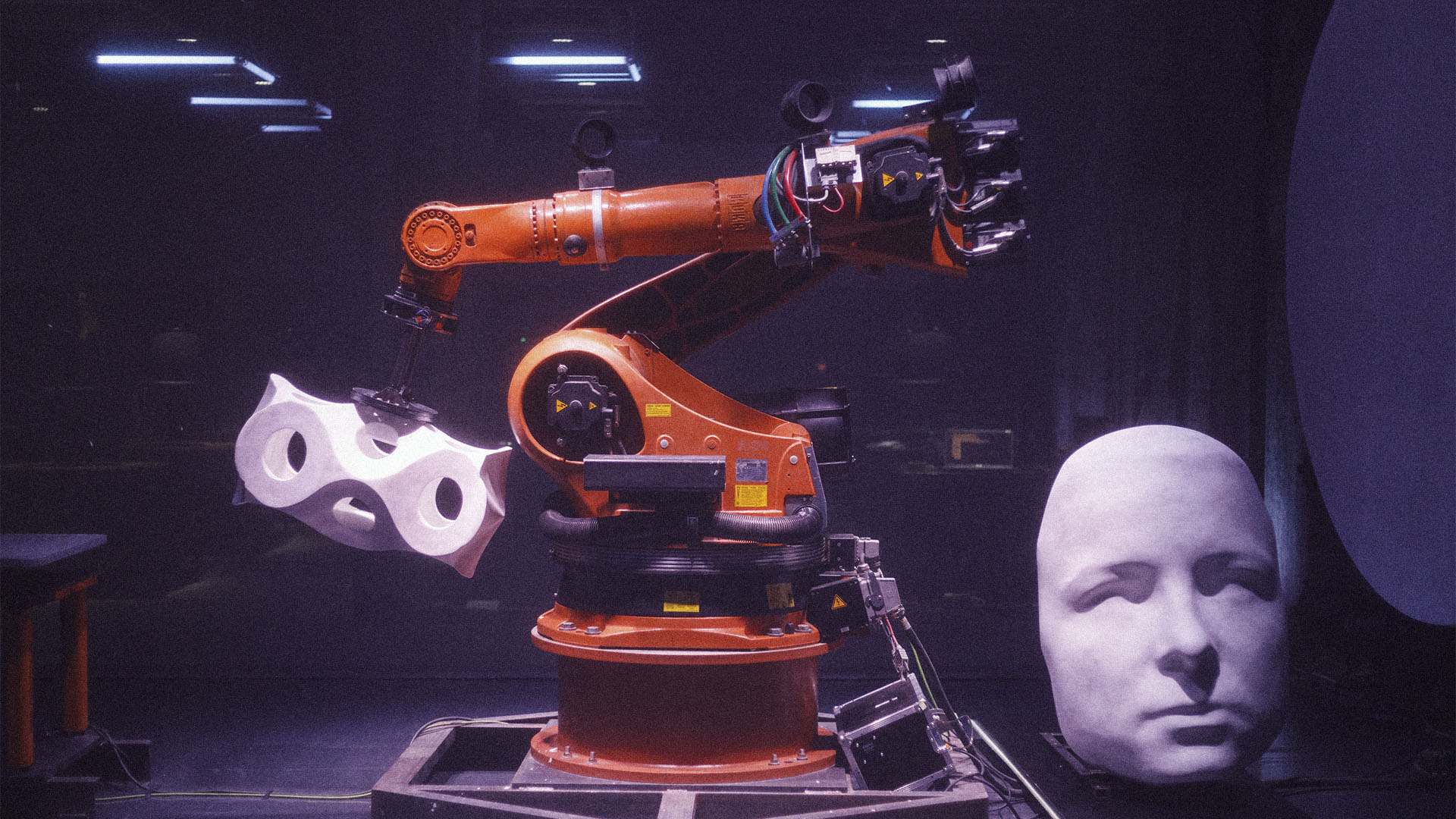 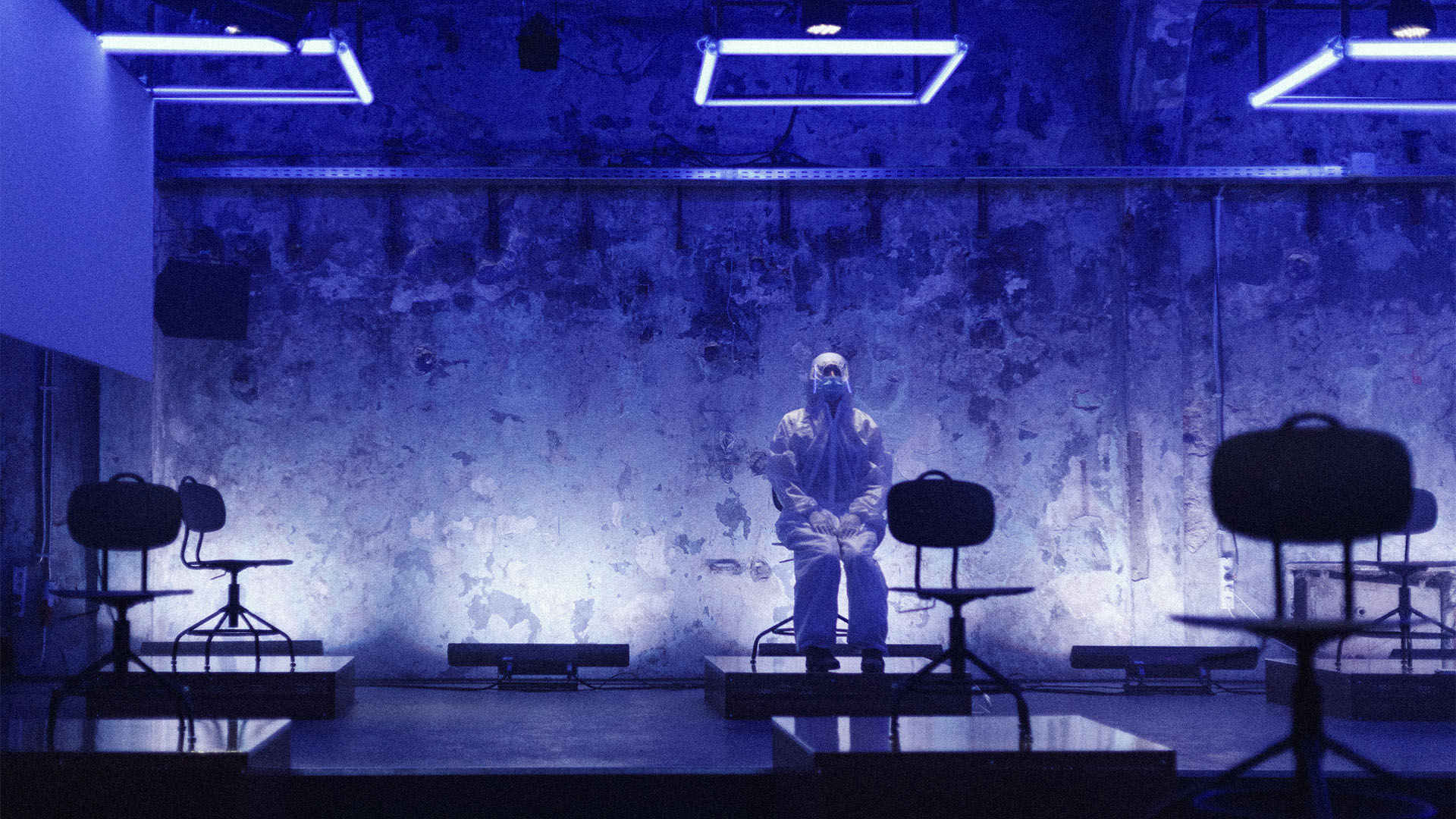 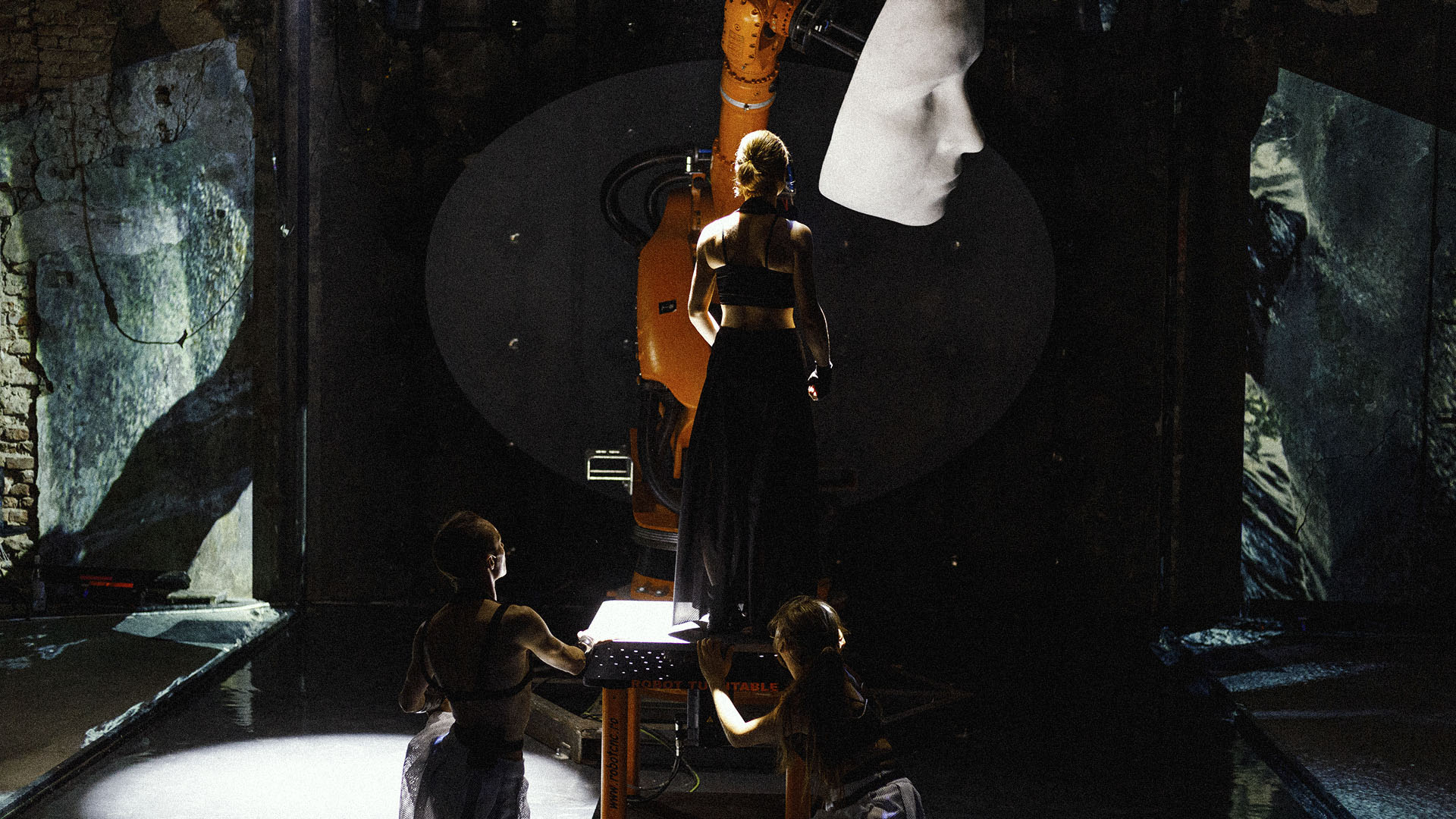 Who Am I? is a performative art installation that traces the relationship between a robot and the human body. The contemporary theater play was part of the Ars Electronica 2020 - Kepler’s Garden in Bucharest.

Based on the interaction between human and robot, by mirroring the relationship between natural and artificial as a deep meditation on human nature, the experience was designed as both an immersive installation and a live performance built around the Kuka robot and its dance with human actors.

In a year of curfews and distancing, being able to build a theater setup inside our studio and perform was truly amazing.